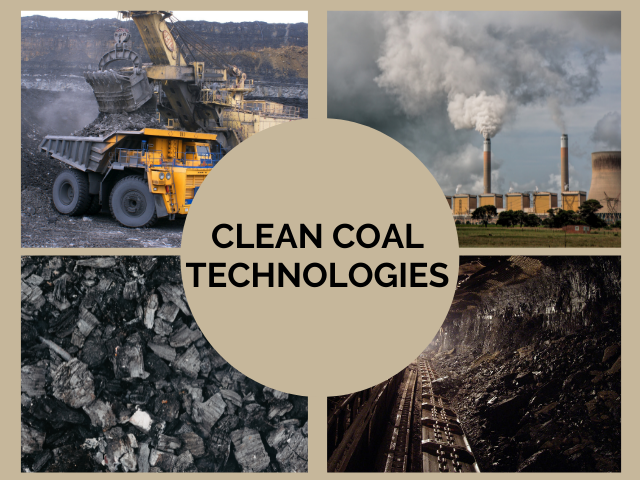 Global consumption of coal exceeds 8.5 billion tons every year, according to world statistics.

Coal is the cheapest of all fossil fuels, however, it’s also the dirtiest, both in terms of the air pollution it causes and the emissions it produces. Each year, the burning of coal produces around 15 billion tons of carbon dioxide, which contribute to global warming, water pollution and the acidification of ocean water.

Despite the serious drawbacks, coal is still very popular, particularly in Africa, Asia, and the Pacific where it is used extensively as a cheap energy source.

But coal is only considered cheap because many people don’t think about the environmental and social impact of coal burning. And even if they do, people are more concerned about having an energy source. Clean energy sources are not always easily accessible so people are willing to trade the “trivial” negative impacts of using coal for their immediate energy needs.

So is it possible to reconcile the need for reliable energy with that for sustainability?

This is where energy innovations are coming in, attempting to make clean, sustainable energy a reality. Clean coal technologies (CCTs) are among these innovations.

What are clean coal technologies?

Clean coal technologies are advanced processes that are designed to make coal combustion more efficient and environmentally compatible. They are labeled “clean” since they lower the biggest contributor to anthropogenic climate change – the emissions produced when burning coal.

To date, clean coal technologies have contributed to coal combustion that produces fewer pollutants. For example, nitrogen and sulfur pollutant emissions from the average U.S. coal-fired power plant fell by 45% and 70% respectively, between 1970 and 2000. Furthermore, per the National Energy Technology Laboratory (NETL), today’s power plants emit 90% less sulfur dioxide, nitrogen oxide, mercury, and particulate matter compared to the old plants they are replacing.

CCTs are improving the environmental acceptability of coal extraction, preparation and use. The  technologies’ ability to reduce pollutants also translates into:

The following are examples of clean coal technologies.

These technologies and others are being used to reduce emissions and pollutants, especially in coal power plants. But is everything as it seems? Are clean coal technologies a feasible idea or one big dirty lie?

The “success” of clean coal technologies is marred by a lot of controversy and skepticism.

People are not convinced of the technologies’ ability to compete with renewable energy sources. The big question? Is there a reliable, efficient and economic way to scale the technologies fast enough to make a difference?

Consider CCUS, for example. Although it’s perhaps the most promising of clean coal technologies, people are divided over its efficacy.

On one end are experts who believe that carbon capture can significantly reduce emissions from fossil fuels and slow climate change. On the other are environmentalists who don’t see the point of clean coal technologies – they think it’s better to focus on the shift to renewable energy sources since CCUS is not viable on both the economic and technical fronts.

The viability of CCUS

Unlike regular coal plants, they are about 75% costlier and require up to 40% more coal to produce the same amount of energy. More coal has to be mined, transported, processed and combusted, increasing the amount of pollution and hazardous waste in the process. Moreover, capturing and compressing carbon dioxide requires a lot of energy, plus the infrastructure required to store and transport the captured carbon is complex and not cheap.

The complexity of the entire energy production cycle results in higher energy generation costs, thus reducing the economic viability of the technology. There’s also the technical aspect of CCUS. People are not convinced of the feasibility of underground carbon storage or the risks it poses.

With so many questions and uncertainty surrounding the most promising clean coal technology, it’s no wonder that some proponents of slowing climate change would rather opt for renewable energy sources.

The Kemper project, one of the biggest symbols of carbon capture technology in the U.S., collapsed. What was supposed to be the first commercial-scale carbon capture project on a large coal plant ended up being characterized by delays, design flaws and cost overruns. Costs ballooned to over $6.6 billion, about 200% more than the initial $2.2 billion projection.

Many CCUS pilot projects have been successful, but these don’t operate at a scale that would allow them to become a practical solution for climate change.

Maybe clean coal technologies just need more work, or maybe they are just not as great as they seem.

Notwithstanding their emissions-reducing potential, clean coal technologies can still turn out to be a costly gamble. What with many unproven technologies and unknown factors. It may be a better idea to focus on expediting the transition to renewable energy sources.

Renewables are a better choice, all things considered. The most popular ones are solar, hydro, wind, tidal, biomass, and geothermal energy. And there’s also the option of nuclear-generated energy. Although this energy isn’t renewable and it’s got some issues, it’s zero-carbon – its generation emits low carbon levels (almost zero in some cases), similar to renewables.

Renewable energy can play an important role in accelerating the race to net zero. But one thing that’s become clearer as the world looks to shift to a decarbonized economy is that solutions are not always clear cut, whether that be due to economic reasons or more social ones.

The switch to renewable energy sources is not without its problems. There is a need for enough infrastructure to meet people’s energy needs and store the energy efficiently on a commercial scale. There’s also the issue of the indirect pollution associated with said infrastructure. Transporting equipment and parts contributes to carbon emissions, though this is far less when you consider the bigger picture, i.e. the long-term emissions from and impact of using fossil fuels.

That said, without government subsidy and lots of funding, the chances of clean coal technologies becoming commercially viable in the next 5-10 years are very low. However, if there’s even a chance that clean coal technologies could become scalable and more available in a few years, they could be a viable solution for slowing climate change, not an ideal one nonetheless.

For now, renewable energy should probably take precedence. One thing we no longer have is time. It’s good to research options such as clean coal tech, but we also need to run with tried-and-tested solutions NOW.

Do you think clean coal technologies are a feasible idea that could really make an impact when it comes to climate change, or are renewable and/or zero-carbon energy sources the only good options? Share your thoughts!

We use cookies on our website to give you the most relevant experience by remembering your preferences and repeat visits. By clicking “Accept”, you consent to the use of ALL the cookies.
Do not sell my personal information.
Cookie SettingsAccept
Manage consent

This website uses cookies to improve your experience while you navigate through the website. Out of these, the cookies that are categorized as necessary are stored on your browser as they are essential for the working of basic functionalities of the website. We also use third-party cookies that help us analyze and understand how you use this website. These cookies will be stored in your browser only with your consent. You also have the option to opt-out of these cookies. But opting out of some of these cookies may affect your browsing experience.
Necessary Always Enabled
Necessary cookies are absolutely essential for the website to function properly. These cookies ensure basic functionalities and security features of the website, anonymously.
Functional
Functional cookies help to perform certain functionalities like sharing the content of the website on social media platforms, collect feedbacks, and other third-party features.
Performance
Performance cookies are used to understand and analyze the key performance indexes of the website which helps in delivering a better user experience for the visitors.
Analytics
Analytical cookies are used to understand how visitors interact with the website. These cookies help provide information on metrics the number of visitors, bounce rate, traffic source, etc.
Advertisement
Advertisement cookies are used to provide visitors with relevant ads and marketing campaigns. These cookies track visitors across websites and collect information to provide customized ads.
Others
Other uncategorized cookies are those that are being analyzed and have not been classified into a category as yet.
SAVE & ACCEPT